This midnight sun business is messing with me. I haven’t really slept in at least 24 hours, but I’m not feeling overly tired because I’m like, the sun is up! Gotta keep moving! But this can’t last. Soon I must nap. People always call me out for having a 24hr clock on my phone, but I’ve never needed it more than now. Is it 10pm? 10am? Who could know? We’ve made it to Oslo, Norway, but have to rush through the airport to make our connecting flight to Tromsø. Our flight out of Reykjavik was a little delayed and the layover window was only a couple hours to begin with. Luckily, Oslo is lax as hell, and no one is even around at customs. Literally. We don’t even get a Norway stamp in our passports. I don’t really understand how this is possible, but for efficiency purposes, I’m okay with it. Just a smidge disappointed about the lack of stamp. I suppose it’s an EU thing.

We end up making it to the other side with enough time to get a Starbucks and chill.

I see some dude absolutely cruising down the hallway….turns out he’s on a scooter. Nay. Not just a scooter. A luggage bag that has a built in scooter feature. I can’t really explain it in words, so I’ve drawn a little sketch so you can fully appreciate the absurdity of this invention. I can’t make this stuff up (I also can’t draw).

Let’s talk about Tromsø. It’s one of, if not THE most northern cities in the world. Located in the Arctic Circle, but affected by the Gulf Stream, it maintains a relatively mild temperature year round despite its proximity to the North Pole. For our race this weekend, it is expected to be 9 degrees and raining.

Let’s talk about the race. I’m not ready. Up to this moment in my life, I have run a maximum of 7km. In a mere 2 days I will be running 10. Sev and Dad are running a half marathon (21km), which I can’t even wrap my head around. I’m definitely a little nervous. How embarrassing would my life be if I went all the way to Norway to run a race and ended up walking half of it? That can’t happen. I’m hoping some level of adrenaline will kick in and I’ll just power through. Will keep you posted.

Arriving in Tromsø is cool. It’s more developed than I had expected it to be. They’ve got an epic underground tunnel system for drivers. Like, underground round-a-bouts…that’s some next level shit. I guess when you’re this far North the winter driving is a nightmare. I can’t even imagine.

We get to our Air BnB which is located right downtown. It looks pretty mediocre on the outside but inside it’s totally fabulous with high ceilings, big windows, spacious rooms and even a sauna in the bathroom. The bathroom also has some weird and pretty questionable decor… including a jacuzzi surrounded by mirrors, a wine fridge, and a champagne bucket. There are two chairs set up facing said jacuzzi, and a TV screen on the wall behind them. The ceiling is also mirrored, and has tiny star-like lights hanging from it. Honestly I don’t get it at all, but I get the feeling it’s better this way. 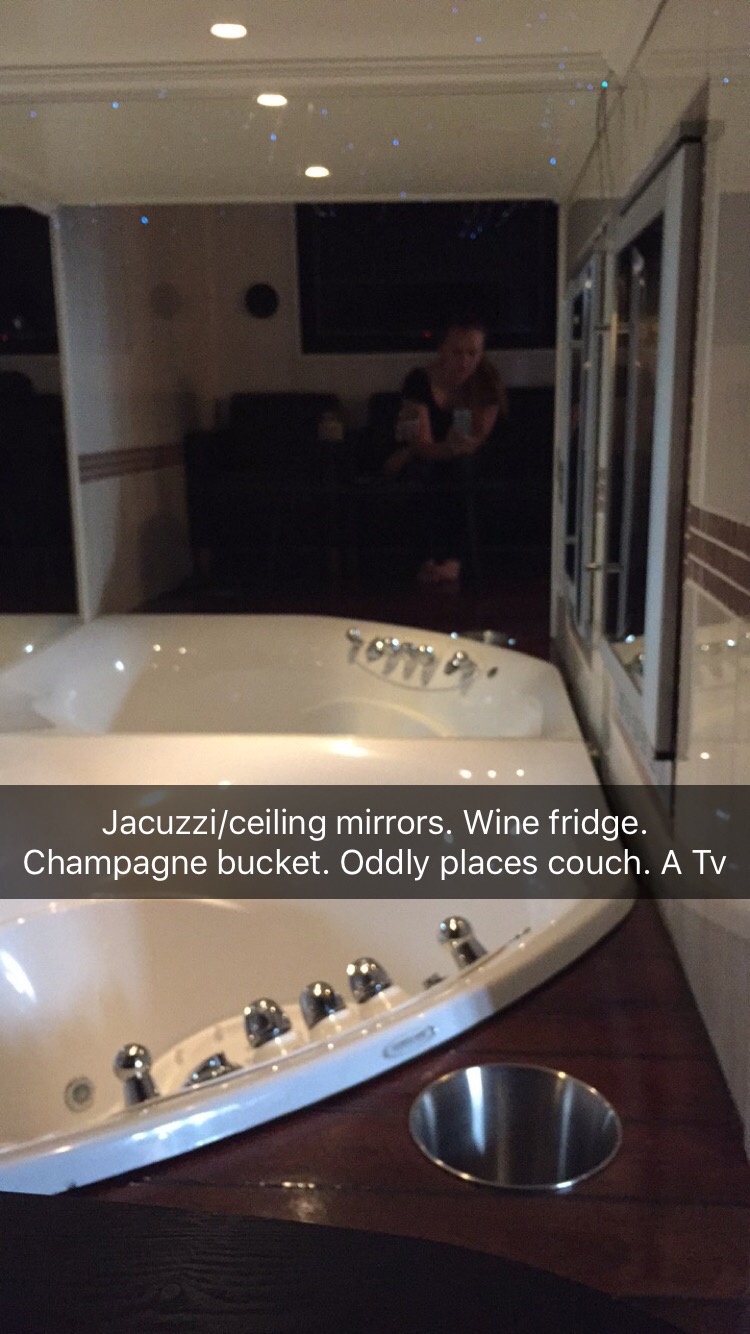 Activity #1 upon arrival: sleep. I fall asleep as soon as my head hits the pillow and don’t even move let alone wake up for the next 4 hours. Getting up feels so challenging but I need to eat. The fam walks down to the main street in search of a restaurant. I did a quick google before leaving the house, where I noticed many people recommending Egon Restaurant. It’s only a 5 minute walk away and has a very American but very affordable menu. We have a good and relatively inexpensive meal. Norway is like Iceland and outrageously expensive. I don’t understand how anyone backpacks through these parts of Europe without winning the lottery before they go.

After dinner we take a little walk through the town and down to the harbour. It’s about 10 degrees and windy so I’m a little chilly but it’s still a nice stroll. Back at our accom., we talk about going for a drive and staying up late to adjust to the time but I end up falling in and out of sleep on the couch a few times. I swear. The lack of darkness is more confusing for my body than anticipated!!! 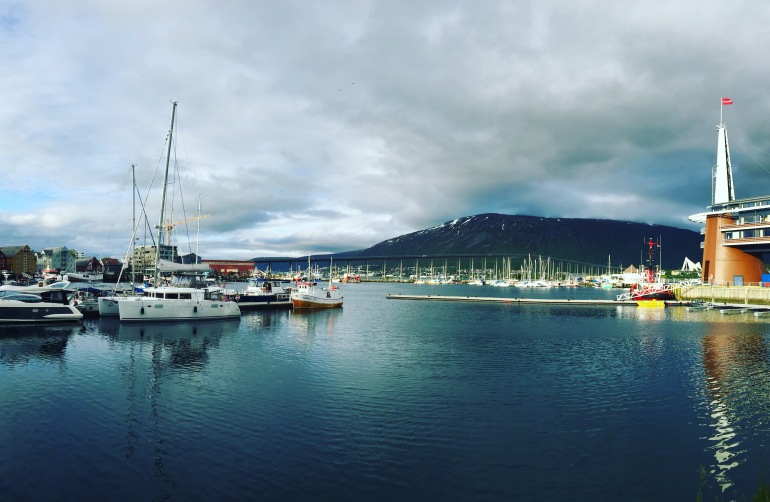